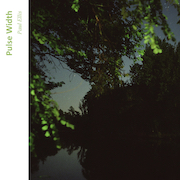 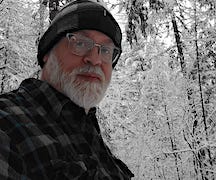 The work of Spacemusician Paul Ellis is to imagine, through music, a world better than the one we live in now. His system of instruments harbor a realm they can actualize, a reality we cannot know until it is here. Out of a hazy shade of square waves comes Pulse Width (63:33), appointment listening which only whets the appetite for more music of this kind. Ellis splits his story between five pieces. Never simply academic, but in turns visceral, sensual and epic, Pulse Width expertly shifts focus – reducing a composition to its skeletal shape amidst the gentle untangling of melody, only to rise in sonic overdrive just for the sake of how it sounds. An advanced sequencer mathematics builds smaller cycles into larger ones. Mellotron strings and flute call out in a fragile consistency – providing a fleeting reference against which the developing patterns stand out. The tracks come on easy, but a few moments in we realize that each has got hold of us. There is a particularly striking openness to this album, marked by spacious improvisations, and a tendency to reveal secrets and melodies at their own pace. Poetic without being overwrought, the narrative of Pulse Width expands past its maker, to edge gently out into the cosmos, in a realm where we find the magical, the otherworldly and the unexplained. If this release qualifies as experimental, then this experiment is instantly effective.