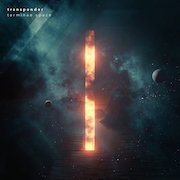 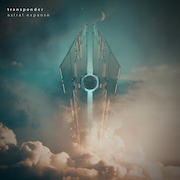 Don C Tyler & Steve Pierce make the kind of music that buries itself in your subconscious. As Transponder they envision a Space-laced, ethereal doorway into mind and mood. The two releases from 2021 obey an electronic logic. Both Terminae Space (62:25) and Astral Expanse (63:58) speak directly to modern listeners, while fully honoring their source. Referencing the synth dominated textures and motoring patterns of the Berlin-School, this duo etches details in their work without sacrificing shadows. Flickering like starlight, synths float, bloom and collapse in cosmic yearning. As each piece progresses, the complexity rises, and more details are revealed. Where the restless motion slows, generous stretches of charged synthetic zones are allowed. Each track is short enough for us to remember it whole: the sequencer spiral, the moving melody, the control chords – as well as the recollection of where we were and how we felt when we first heard it. The tone and atmosphere of these albums recruit neural regions, while fighting psychological decay – and so we do not need a secret code to enjoy Terminae Space or Astral Expanse. They aspire to play a role in our lives. It is safe to dream big, especially while on the shared wavelength of these two colleagues. In incremental revelations Transponder realizes music as vibrant as The Universe their recordings celebrate.